With the 1815 THIN HONEYGOLD "Homage to F. A. Lange", A. Lange & Söhne celebrates the establishment of Saxon precision watchmaking 175 years ago, when Ferdinand Adolph Lange founded his manufactory for fine timepieces. The two-hand watch in a limited edition of 175 pieces features a case in Lange's exclusive honey gold, a white enamel dial, and special movement finissage. 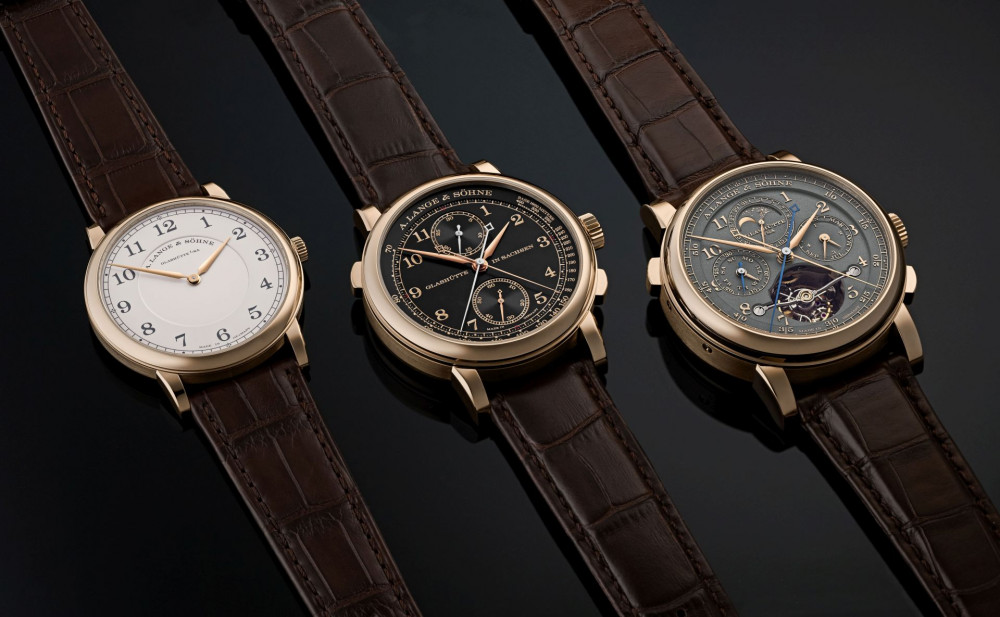 The seventh of December 1845 marks a turning point in the history of the town of Glashütte. The inauguration of the first pocket watch workshop in the former mining community south of Dresden by Ferdinand Adolph Lange, then 30 years old, laid the cornerstone for Saxon precision watchmaking. To commemorate the anniversary, A. Lange & Söhne is now presenting three limited-edition timepieces that share the epithet "Homage to F. A. Lange" – the 1815 RATTRAPANTE HONEYGOLD, the TOURBOGRAPH PERPETUAL HONEYGOLD and the 1815 THIN HONEYGOLD. All three models belong to the 1815 watch family that refers to Ferdinand Adolph Lange's birth year with its name. 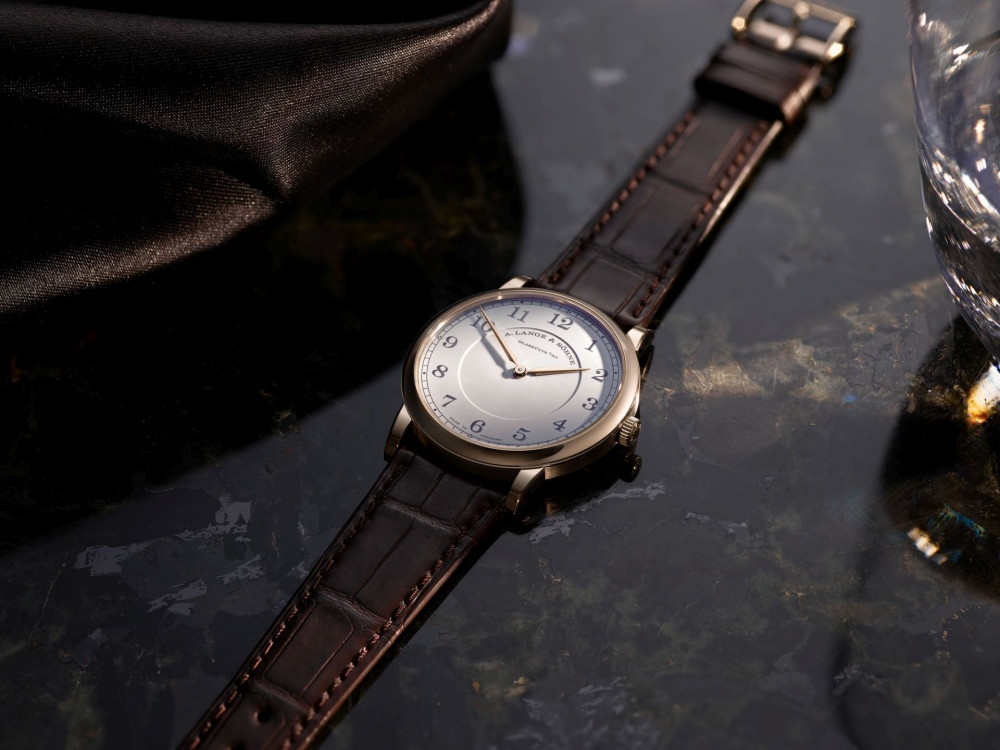 With its numerous traditional hallmarks, the 1815 THIN HONEYGOLD "Homage to F. A. Lange" is also reminiscent of his legendary pocket watches. At the same time, it unites two features that also characterise Ferdinand Adolph Lange's designs and developments: perfection and clarity. 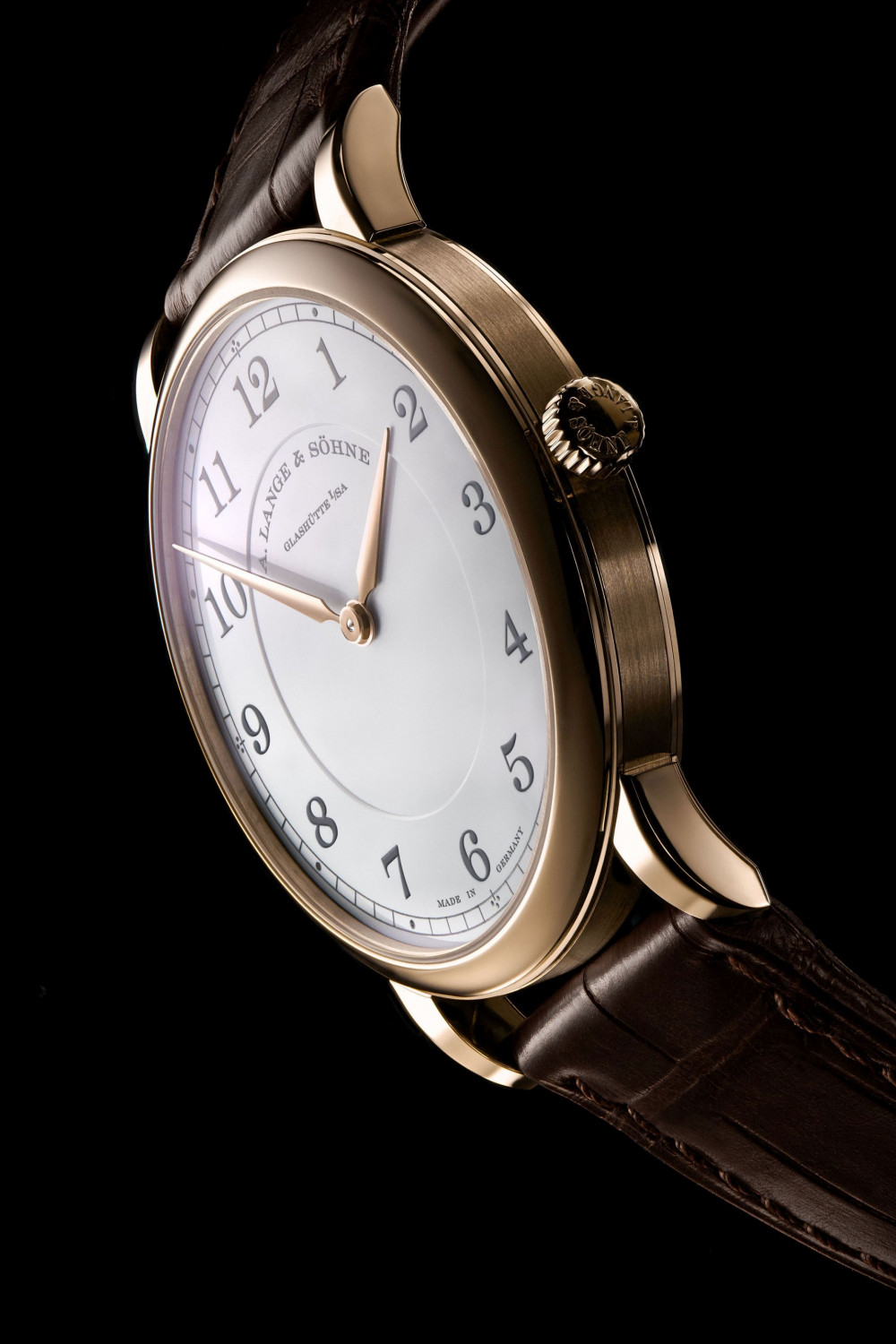 The case is merely 6.3 millimetres high and has a diameter of 38 millimetres. Just like the hands and the buckle, it consists of honey gold, an alloy developed exclusively for and used only by A. Lange & Söhne. Thanks to special admixtures and special thermal treatment, the metal is harder and thus more scratch-resistant than other gold alloys with a fineness of 18 carats. It was used for the first time in 2010 for the three watches of the "165 Years – Homage to F. A. Lange" anniversary edition. So far, only eight limited editions of watches cased in this exceptional gold alloy with its warm glow have been launched. 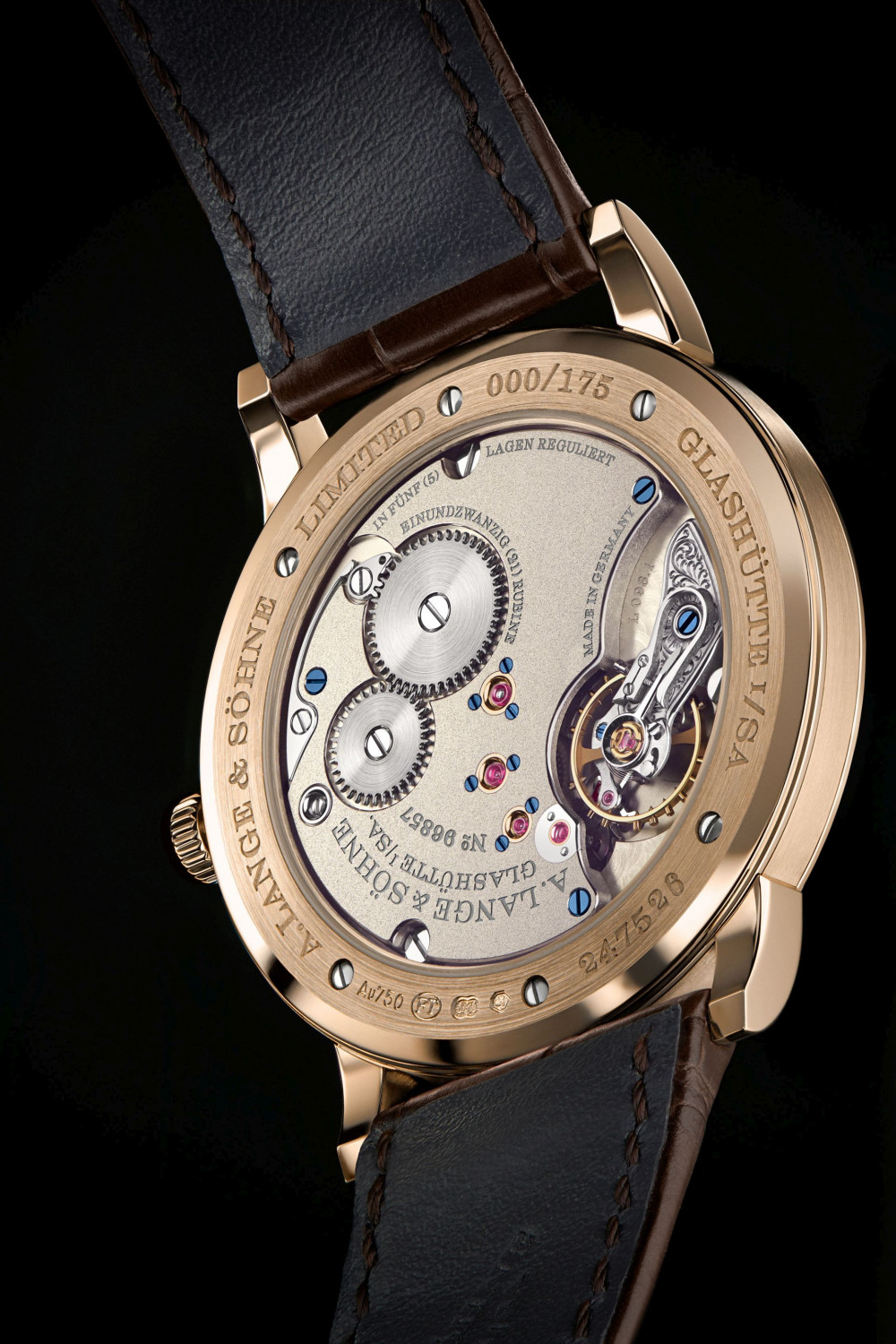 Simple and perfect: The L093.1 manufacture calibre of the 1815 THIN HONEYGOLD "Homage to F. A. Lange" is a modern interpretation of Lange's product philosophy. With a power reserve of 72 hours, the 2.9-millimetre-high manually wound movement proves that compact dimensions and performance are not mutually exclusive. The freely oscillating Lange balance spring has a frequency of 21,600 semi-oscillations per hour. In combination with a classic screw balance, it assures optimised rate accuracy. 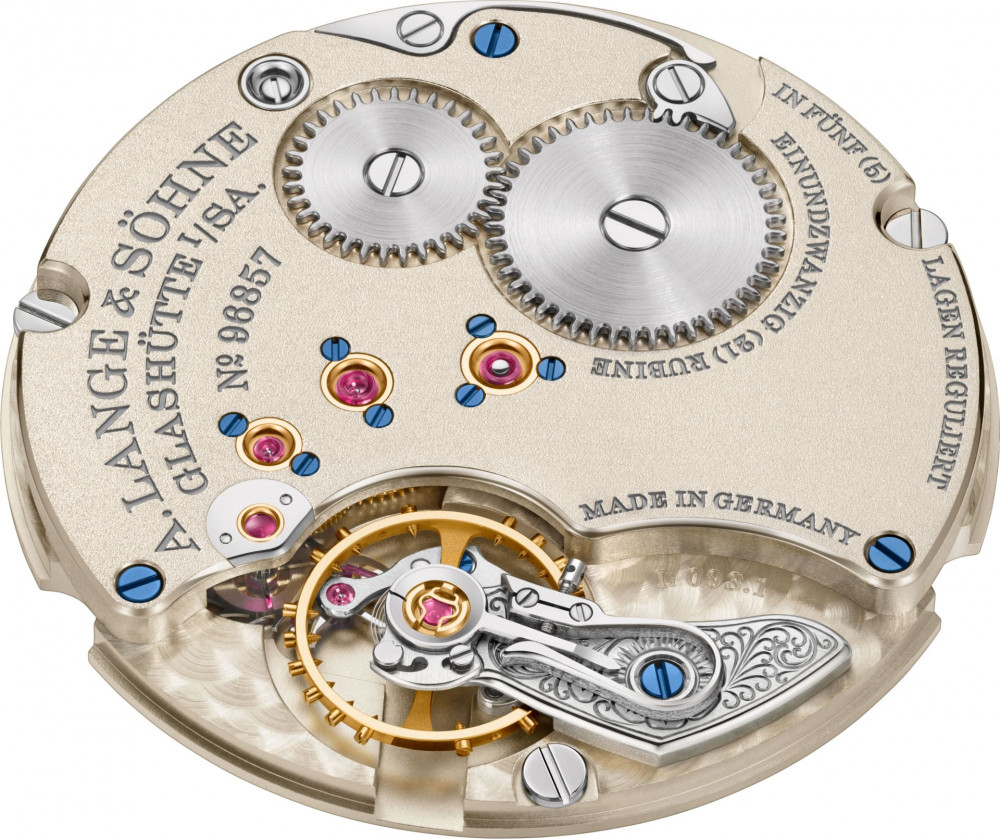 In all of its artisanal facets, the manually assembled 167-part movement pays tribute to the style introduced by Ferdinand Adolph Lange. Contrary to the Glashütte ribbing commonly used in other Lange models, the German-silver three-quarter plate has a granular surface texture often found in historic Lange pocket watches. The crown and ratchet wheels are visibly integrated in the train bridge and decorated with perfectly executed circular graining. Gold chatons secured by three thermally blued screws trace the path of the power transmitted from the mainspring barrel to the escapement. The invisible quality hallmarks include the two-fold assembly of the movement which guarantees technical and visual perfection.

The freehand engraving on the balance cock is the signature element of all Lange manufacture calibres. The fine lines of the floral pattern are black-rhodiumed, just like the inscription on the plate. The dark hue of the galvanic coating echoes the grey of the dial imprints and at the same time amplifies the three-dimensional effect of the engravings. 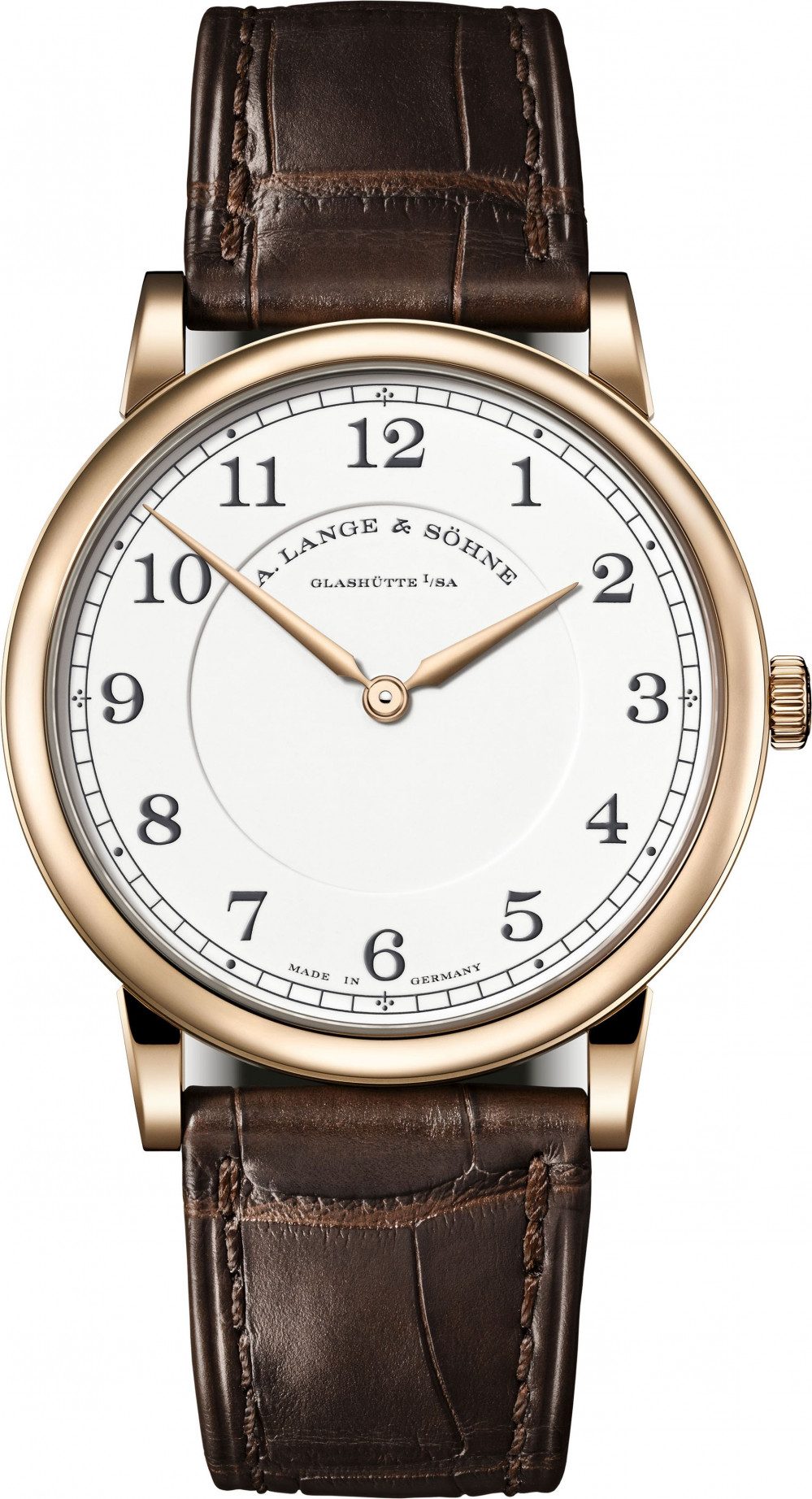