First revealed in March 2020, 9SA5 is an entirely new high beat mechanical movement. Developed from scratch exclusively for Grand Seiko, Caliber 9SA5 will be the foundation upon which a whole new generation of Grand Seiko mechanical watches will be created. Nine years in development and deploying all the skills and experience that Grand Seiko has gained over the past 60 years, 9SA5 is without doubt the finest mechanical caliber Grand Seiko has ever created. Today, a new addition to the 60th anniversary collection provides a perfect showcase for this revolutionary caliber. With a stainless steel case and a dial in a deep, shimmering blue, this new creation will be available in December in a limited edition of 1,000 at Grand Seiko Boutiques and selected retailers worldwide. 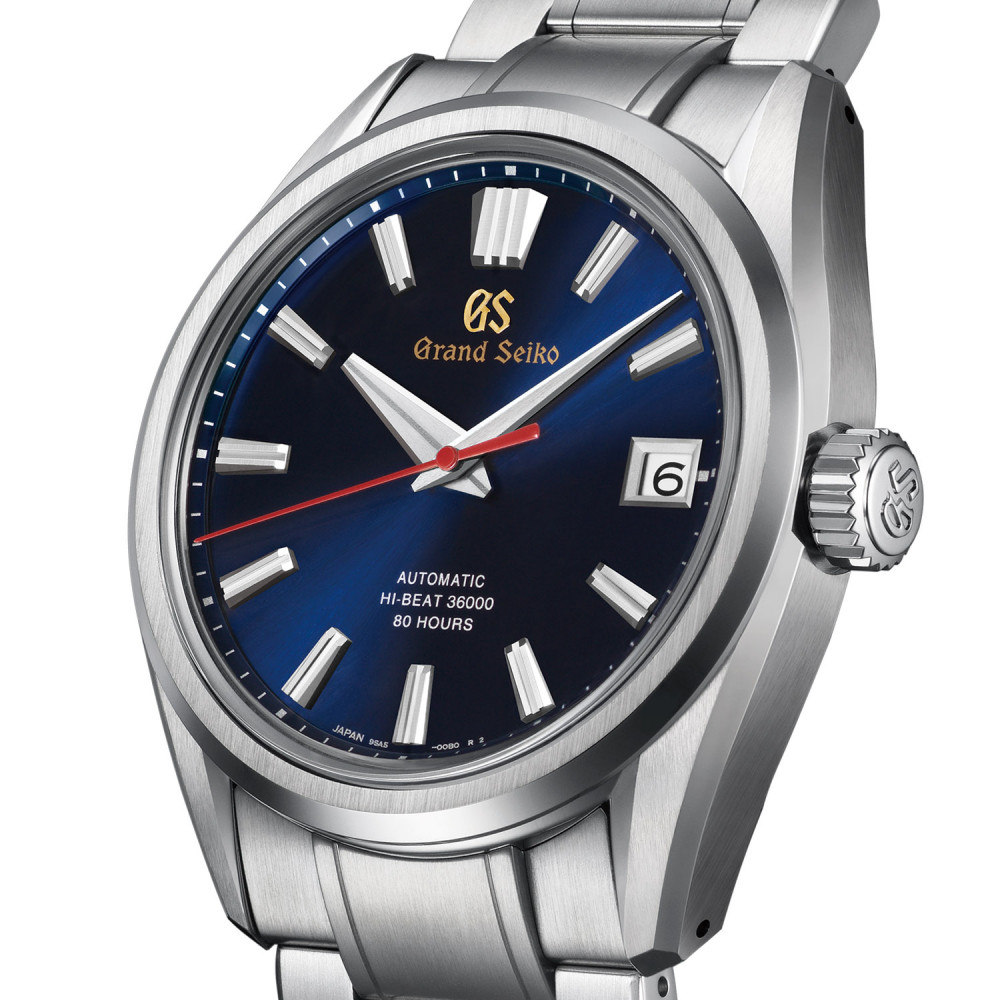 9SA5 has a precision rate of +5 to -3 seconds a day and a power reserve of 80 hours and yet is 15% slimmer than the current Grand Seiko high beat caliber. The precision, power and slimness of Caliber 9SA5 are the result of the radical re-design of three key structures, and components within them, for which several patents are either already granted. 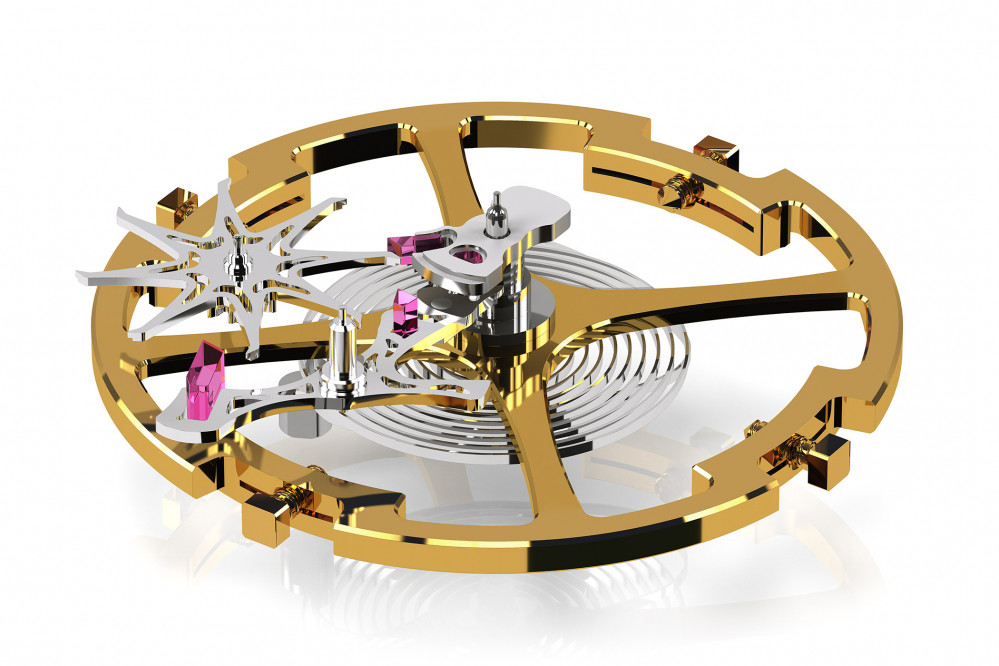 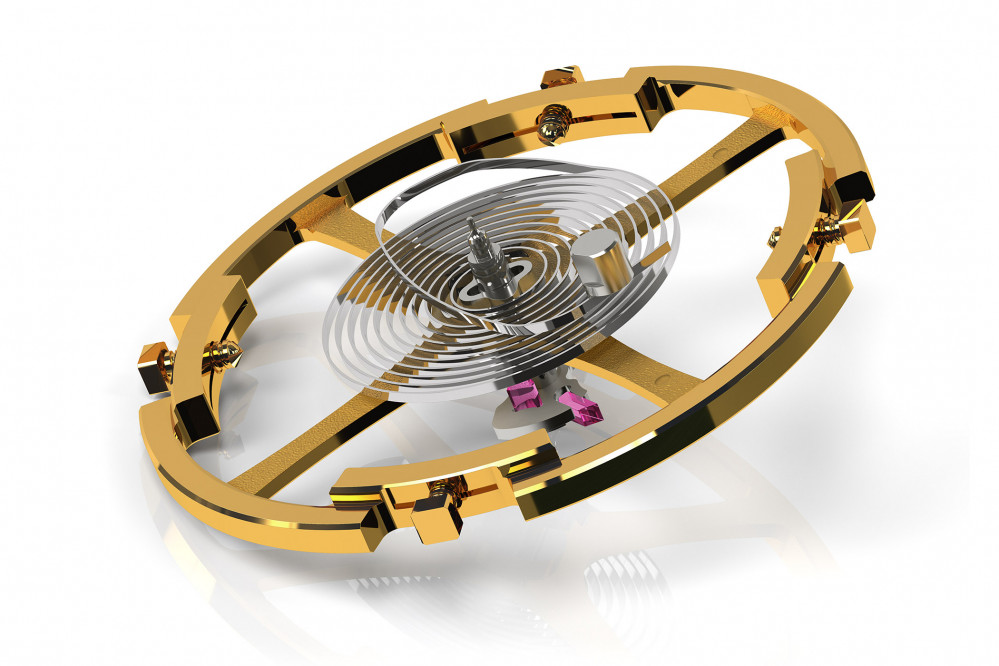 9SA5 uses a new free-sprung balance, again developed especially for this caliber. It retains its precision for longer and is more resistant to shock and friction. While other 9S calibers uses a flat hairspring, 9SA5 uses an overcoil, whose curved shape was decided after more than 80,000 simulations, with the result that its performance is optimized in every possible position. Its unique design improves the isochronism. 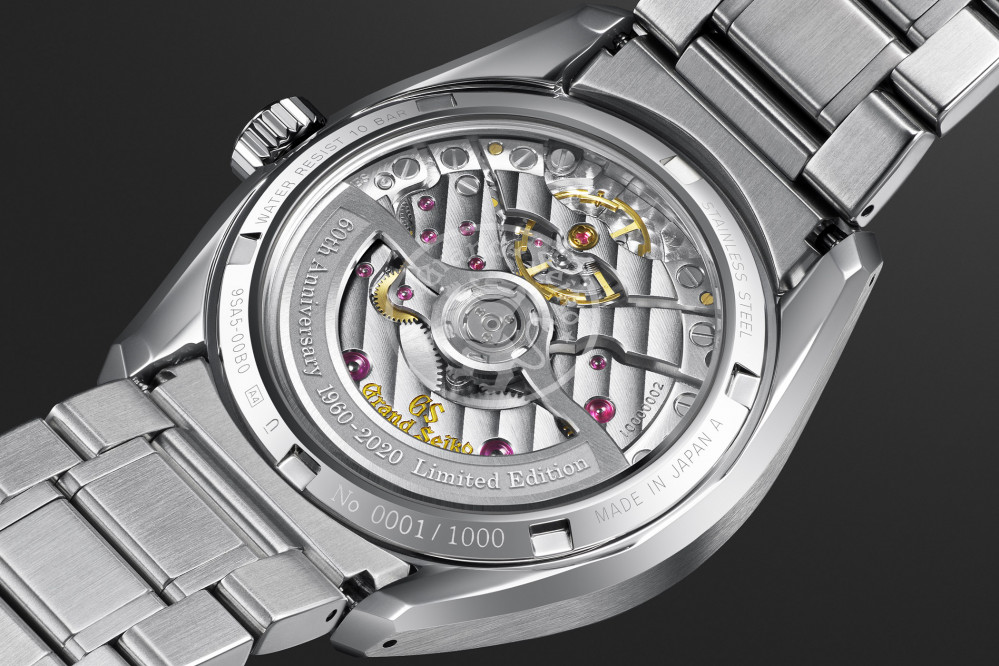 The new caliber is 15% slimmer than the current Grand Seiko high beat caliber, thanks to the innovative horizontal layout of the barrel and gear trains. The movement finish is inspired by the rippling waves of the Shizukuishi River near the studio where the watch is made. 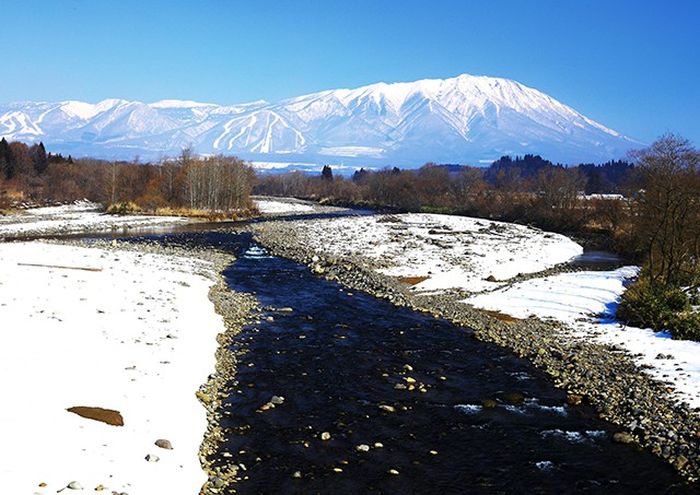 The watch shares the same design as the first 9SA5 creation. Its powerful and distinctive look is true to the Grand Seiko Style that was defined back in 1967 with the celebrated 44GS but the hour hand has greater volume and the indexes are more prominent, just as they were, in fact, in the very first Grand Seiko of 1960. 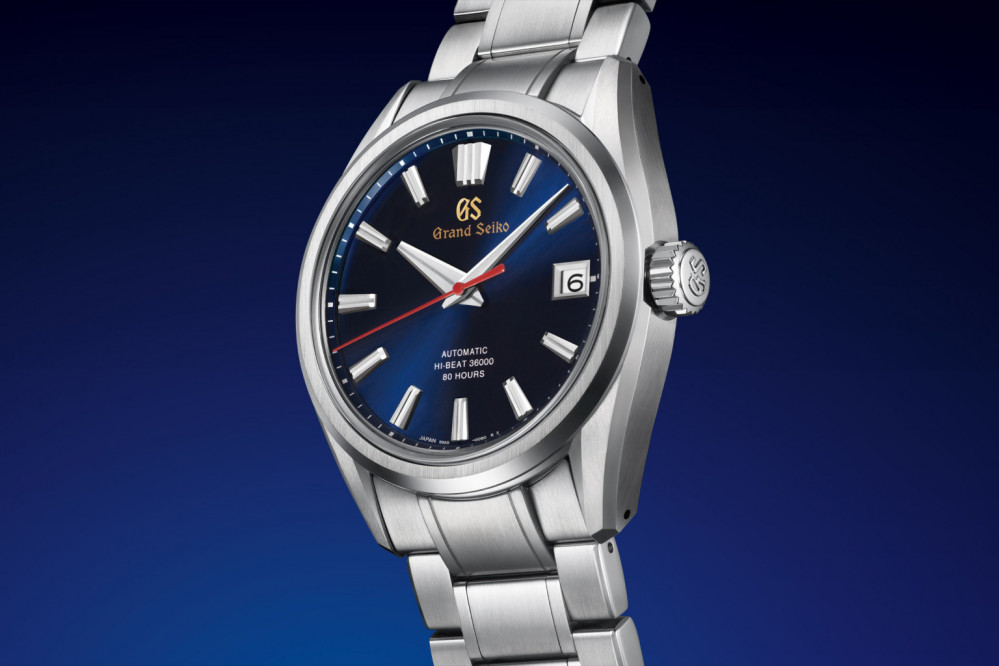 The dial is in Grand Seiko blue against which the red second hand provides a vivid accent. The case has all the design hallmarks of Grand Seiko and is Zaratsu polished to perfection. With its wide lugs and with a bracelet that is satisfyingly substantial, the watch offers perfect comfort and fits solidly on the wrist. 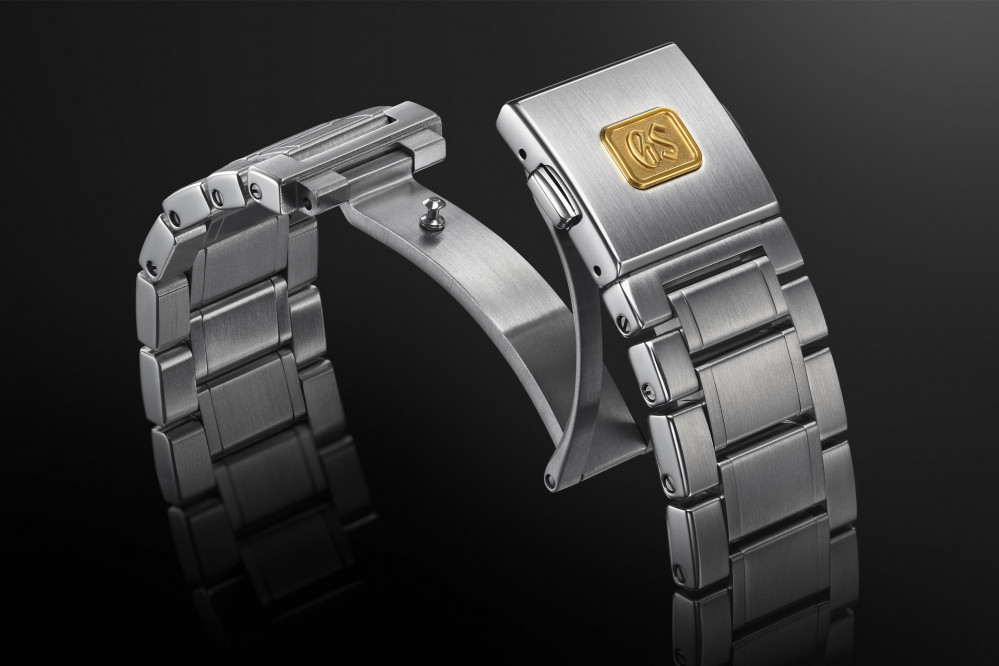 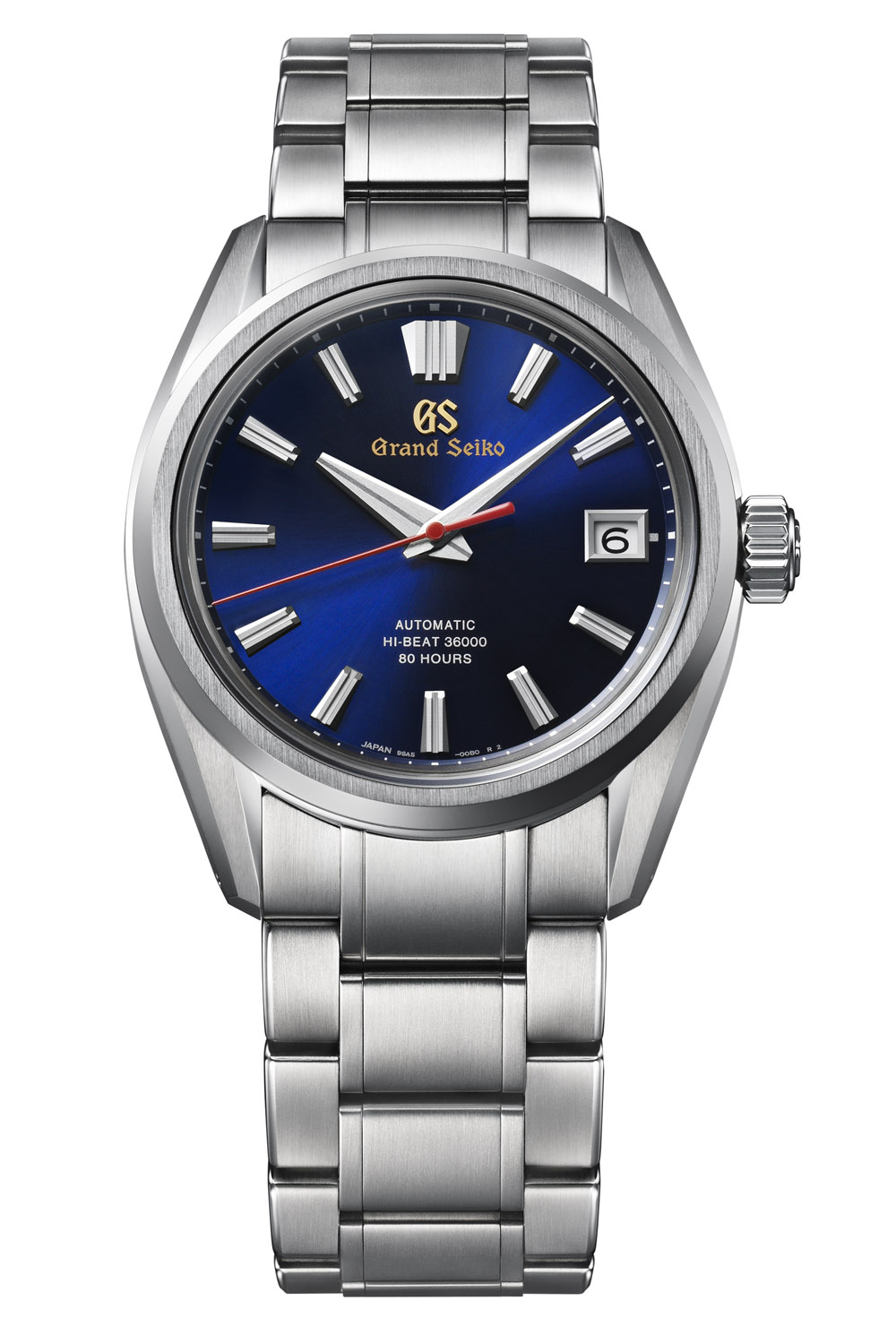