The unveiling of TAG Heuer’s five-watch Monaco 50th Anniversary series continues with the launch of the third watch in the collection tonight in New York ahead of this weekend’s Formula E race through the streets of Brooklyn.

As a reminder, the Monaco 50th Anniversary collection is being rolled out by decade, with the latest watch designed to reference key design themes of the fabulous 1990s. This time we have mainly grey/ silver colour-scheme, with red and blue highlights and a printed red square motif that is sure to be the most talked about feature of the dial. More... 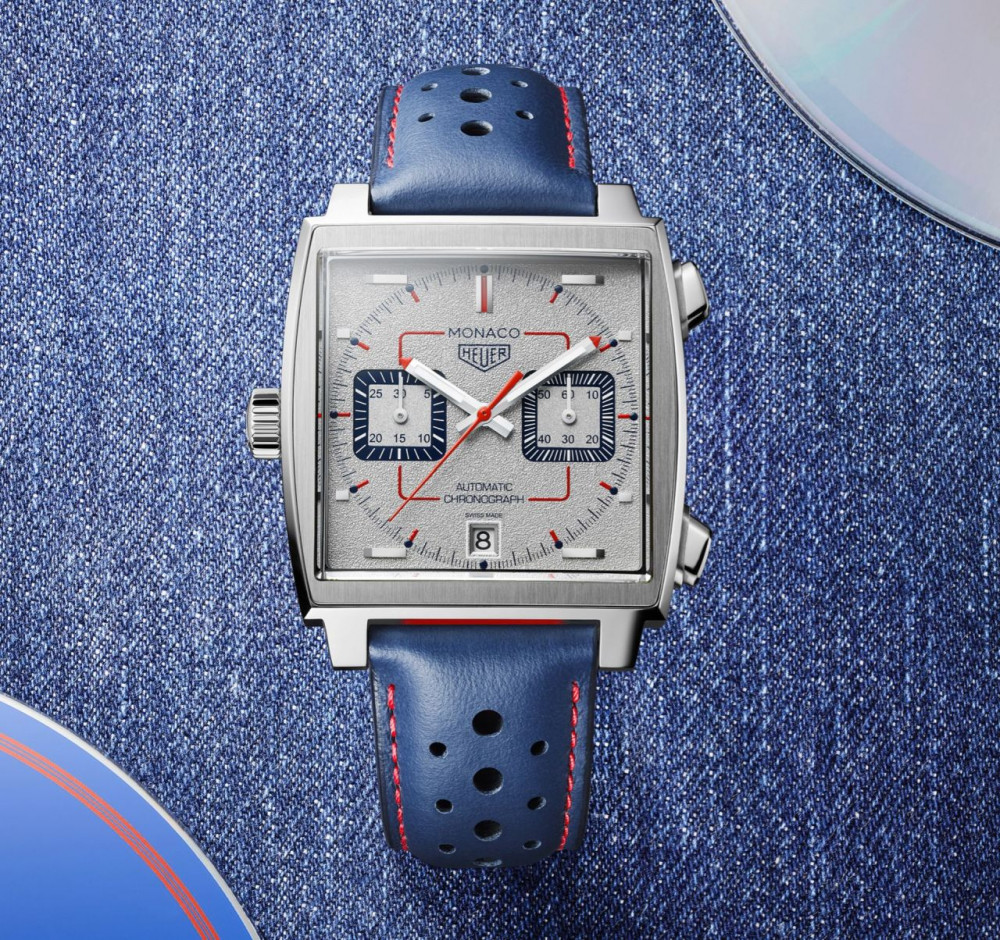