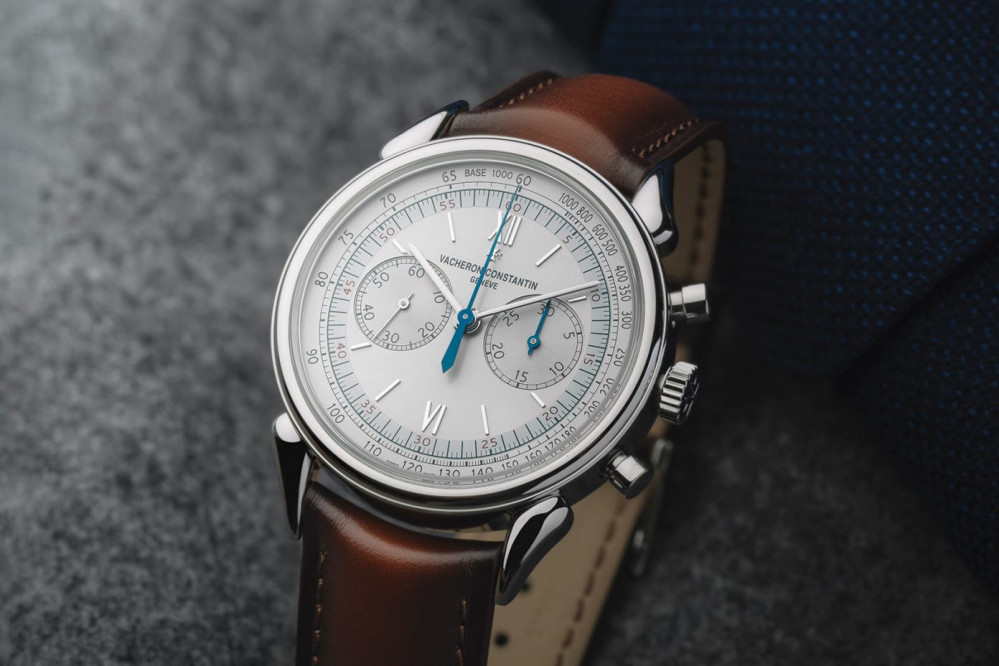 The “Cornes de vache” is an icon. Originally introduced in 1955 and so-called due to its cow horn-shaped lugs, the Cornes de vache (ref. number 6087) was produced in limited quantities and featured the Manufacture’s first water-resistant chronograph case housing the manual-winding Calibre 492. This model is now one of the most sought after watches among collectors.

Newly announced this time is a re-edition made in accordance with the latest watchmaking standards while faithfully reproducing the design of the original model. The 30m waterproof case is 38.5mm in diameter and the hand-wound chronograph movement caliber 1142 is equipped with a frequency of 21,600 times per hour and a 48-hour power reserve. 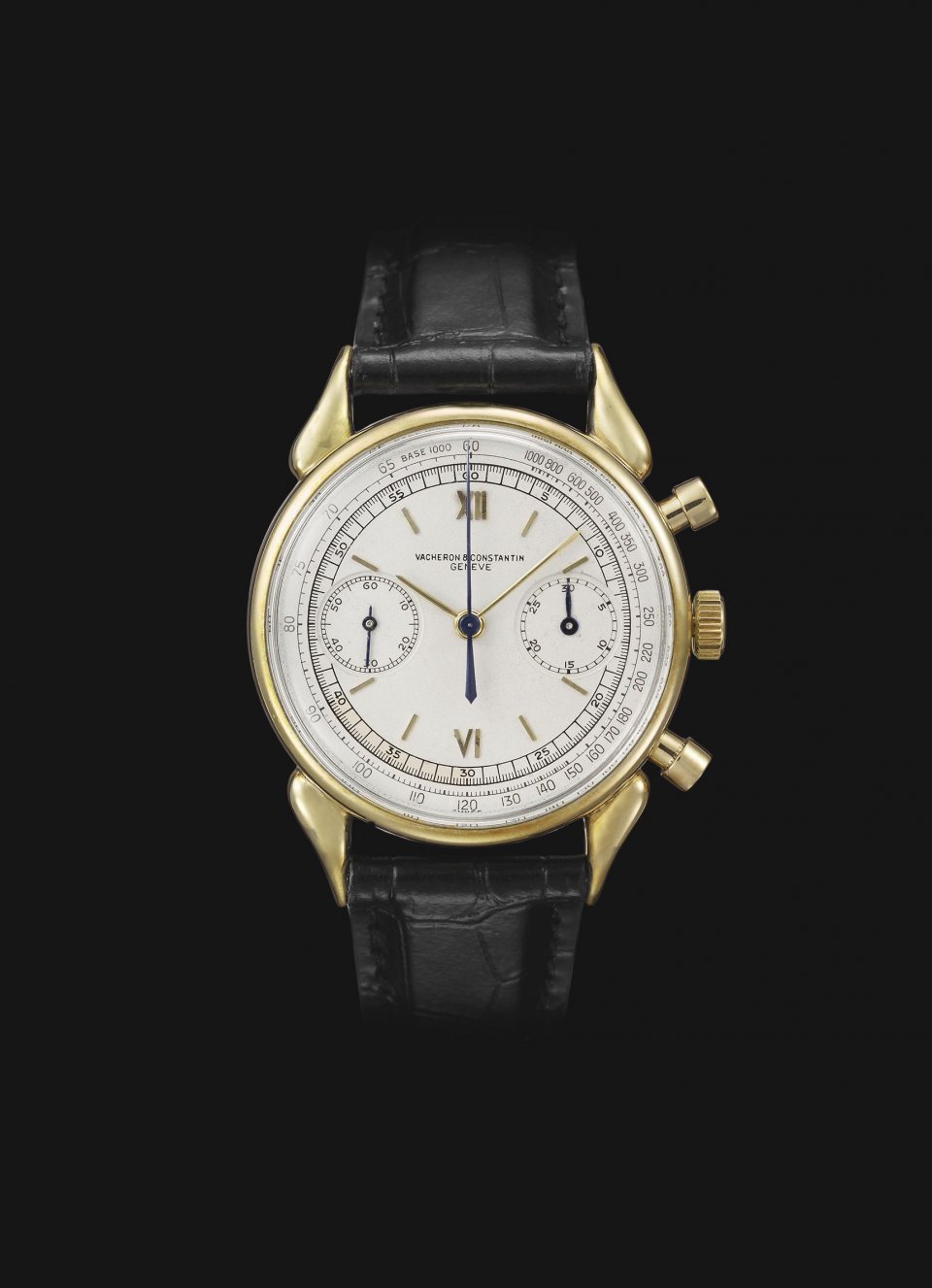 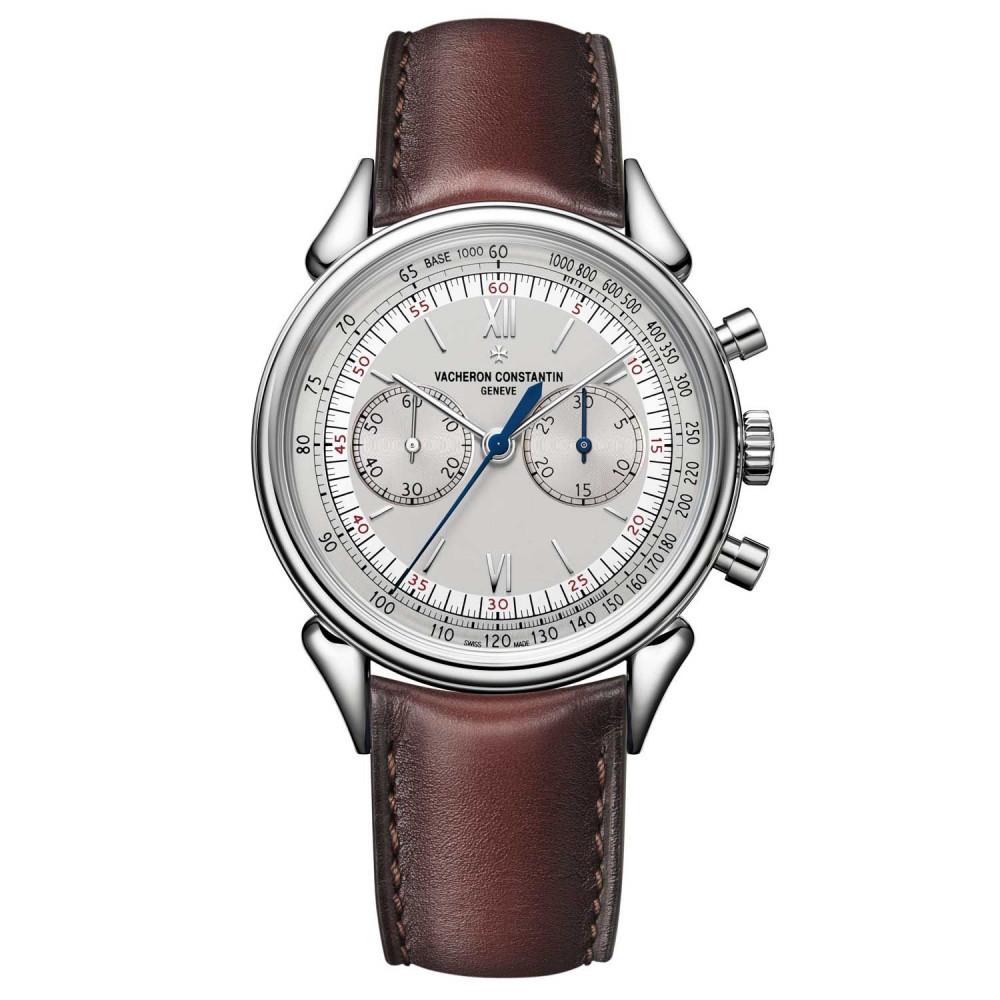 Two reissues of the Cornes de vache were introduced recently — a platinum version in 2015 and an 18k 4N pink gold version in 2016 — but this marks the first time a modern production model is being released in stainless steel since the Maison’s Limited Edition Stainless Steel collaboration watch with HODINKEE, which featured a black and grey dial. 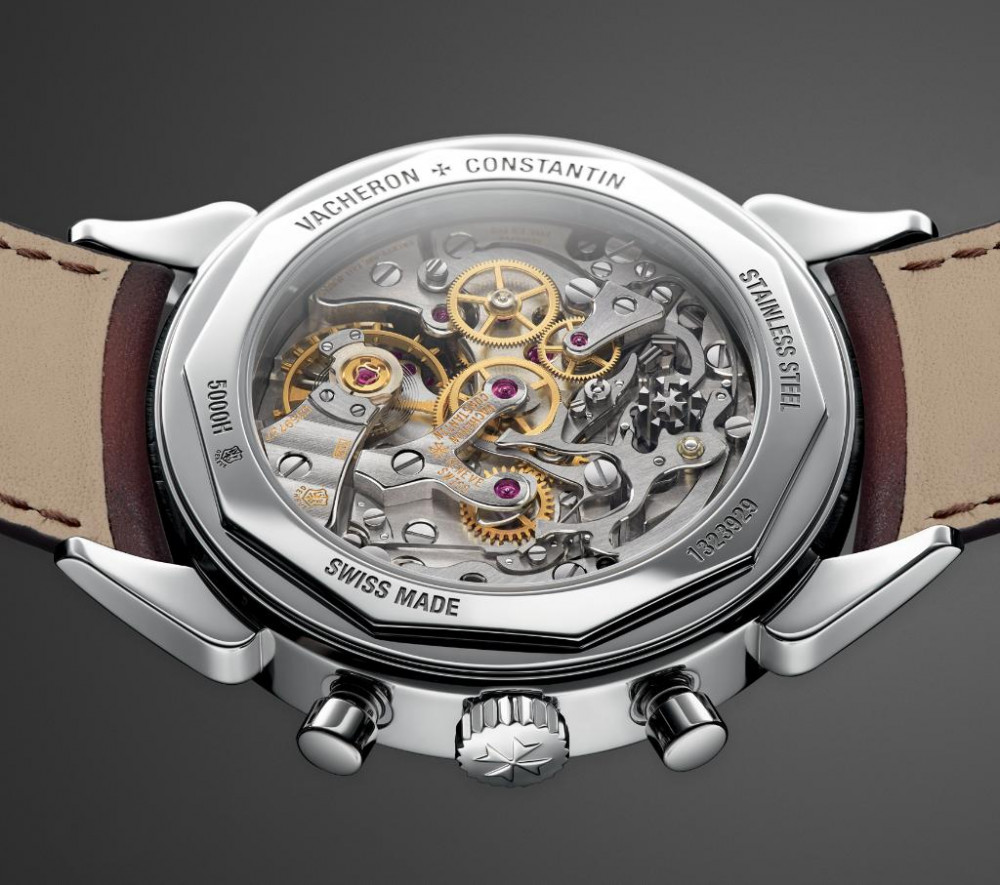 The new model features a 38.5mm case water-resistant to 30 meters, the classic cow horn-shaped lugs, a dark brown leather strap from Milanese luxury goods retailer Serapin, and the manual-winding calibre 1142 movement with 48-hour power reserve featuring a column-wheel activated chronograph. Hand-decorated with Côtes de Genève, the movement beats at 3Hz and is visible through a transparent sapphire case back. 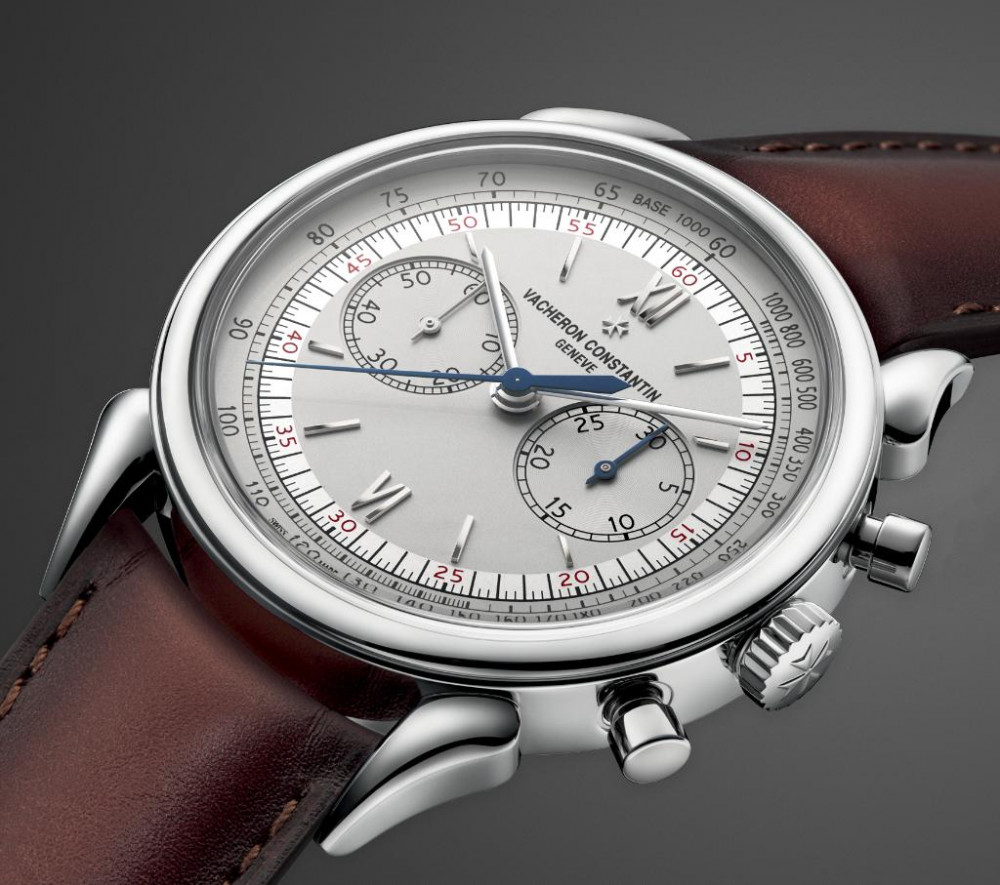 The dial of the new steel Cornes de vache features a dual-register design with a running seconds subdial at 9 o’clock and a 30-minute counter at 3 o’clock, as well as a base-1,000 meter tachymeter scale (used to measure speed over a known distance). Blued steel seconds hands, applied gold Roman numeral hour markers and a white minute scale complete the classic, mid-century look. 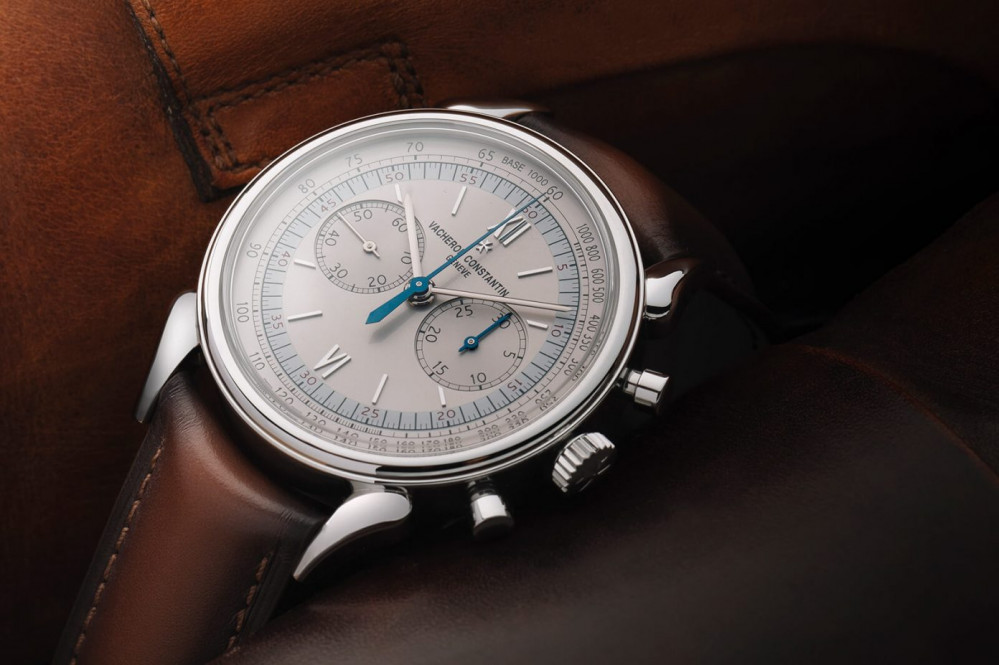 The new steel Cornes de vache is part of the Historiques Collection, which debuted in 2006 and pays tribute to classic Vacheron models from the 20th century through modern reinterpretations. The Cornes de vache will be available from October 2019 at retail price CHF 39800.- 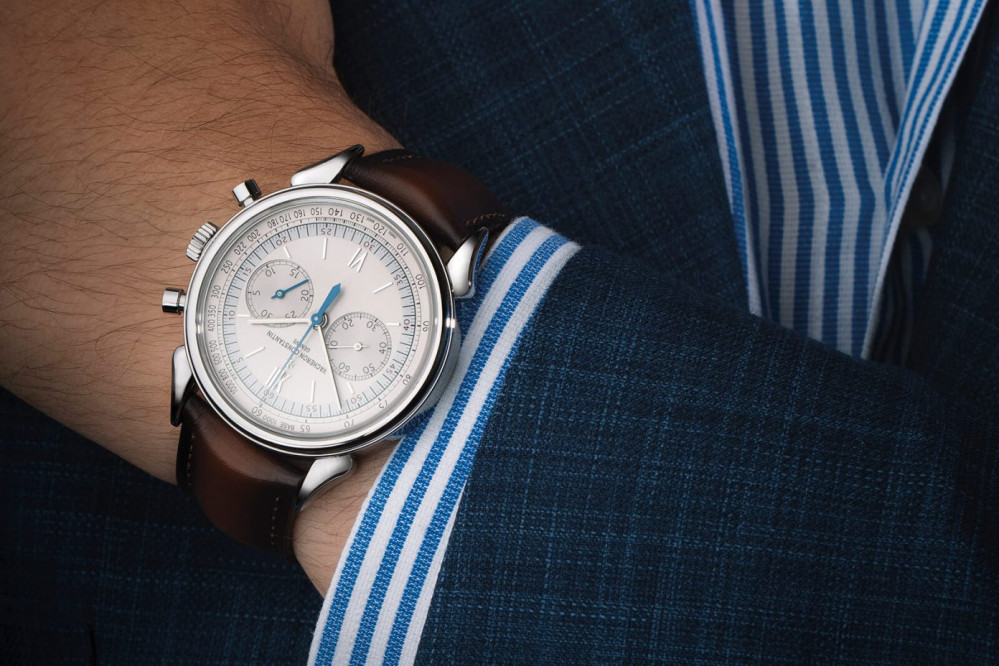