Tudor is expanding its Black Bay line with a new model offering a multiple time-zone function – also known as a GMT – that establishes local time without losing sight of the time in two other time zones.

Recognisable by its rotatable bezel, which derives its deep blue and burgundy colour theme from other models in the Black Bay line, but in a matt version, the Black Bay GMT is also equipped with a new manufacture movement.

Additional time zones are indicated by a red Snowflake hand, Tudor’s aesthetic hallmark, which spins around the dial in 24 hours, as well as a bidirectional rotatable bezel that is also calibrated for 24 hours. The twelve daylight hours are printed on the burgundy section and the night-time hours on the blue. 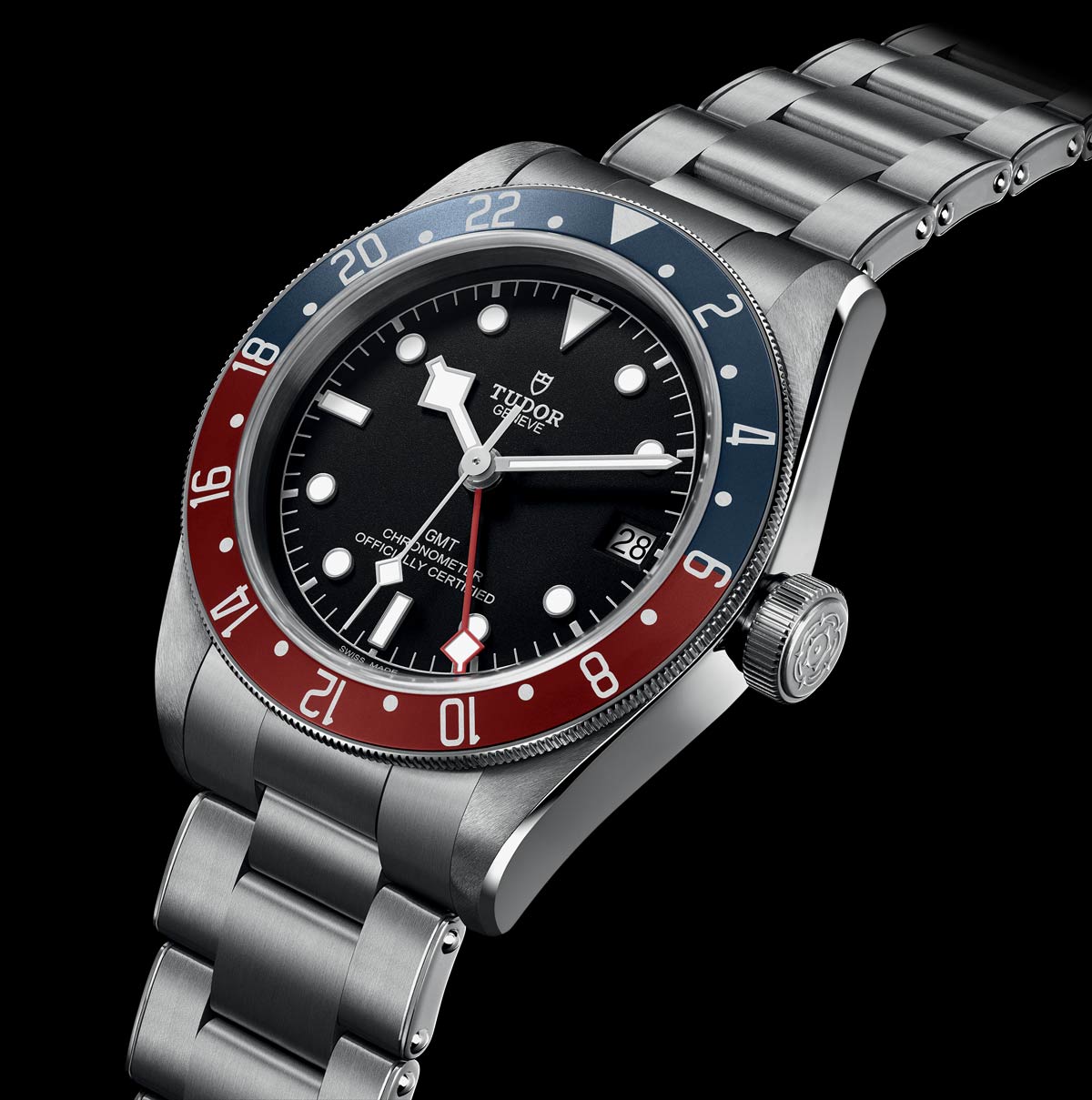 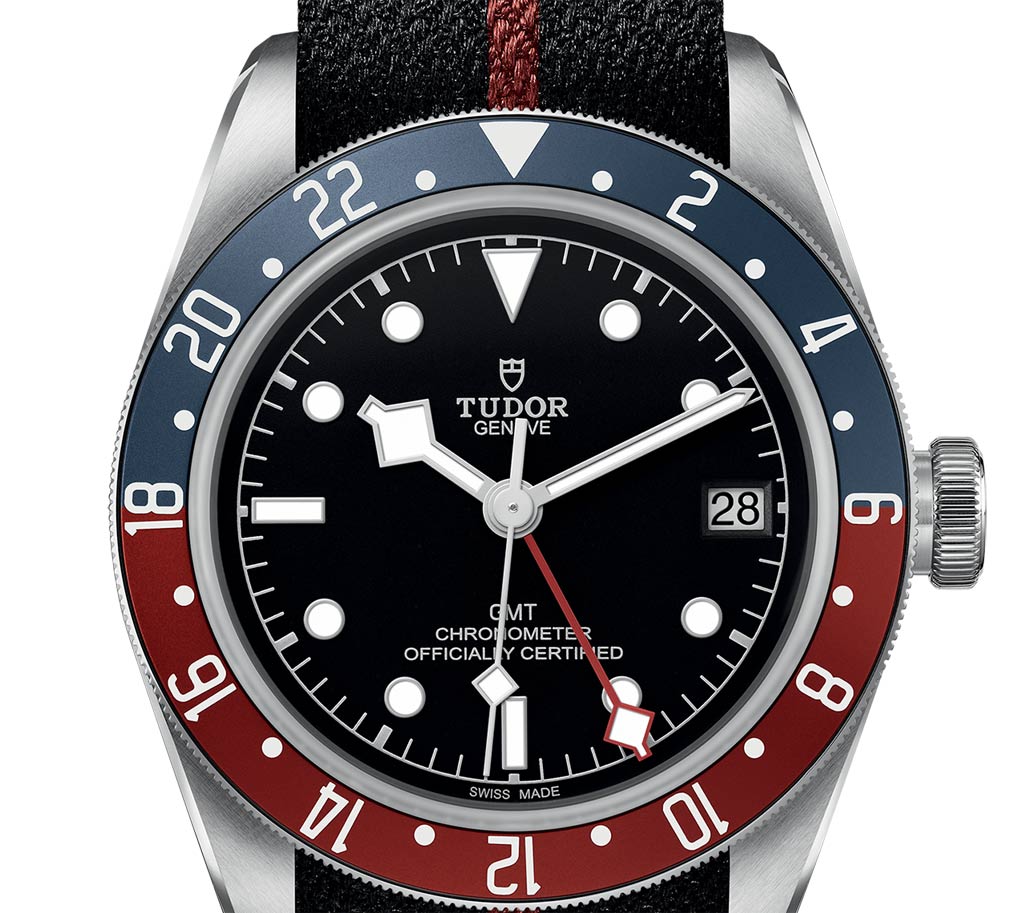 Expressly developed by Tudor for the Black Bay GMT model, the new self-winding Manufacture Calibre MT5652 beats at 28,800 vibrations per hour and features a non-magnetic silicon balance spring. Thanks to its 70-hour power reserve, a wearer can take off the watch on Friday evening and put it back on again on Monday morning without having to re-set and wind it. 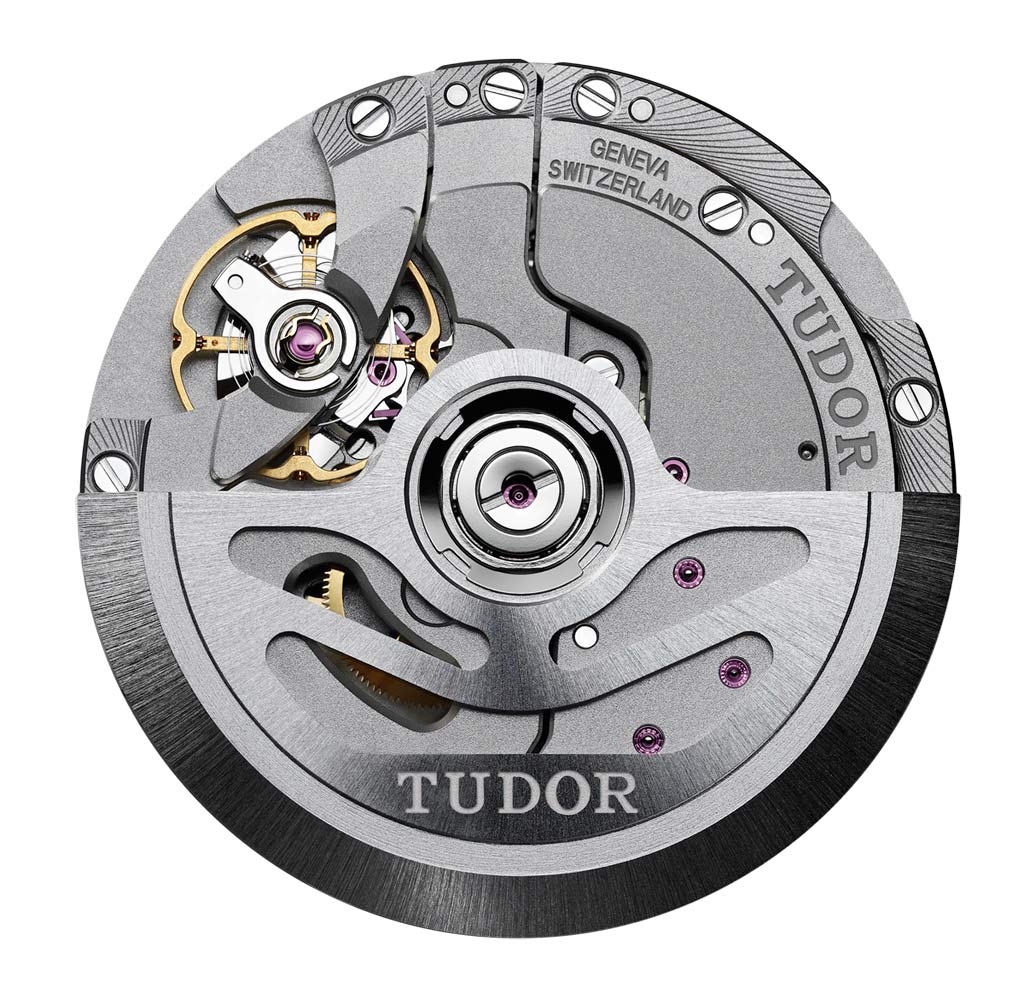 In terms of appearance and finish, its openwork rotor is satin-brushed with sand-blasted details and its bridges and mainplate have alternate polished sand-blasted surfaces and laser decorations. The Tudor Calibre MT5652 is certified as a chronometer by the Swiss Official Chronometer Testing Institute (COSC).

The bracelet of the Black Bay GMT model is inspired by the folding riveted bracelets of the Tudor watches produced in the 1950s and 1960s. 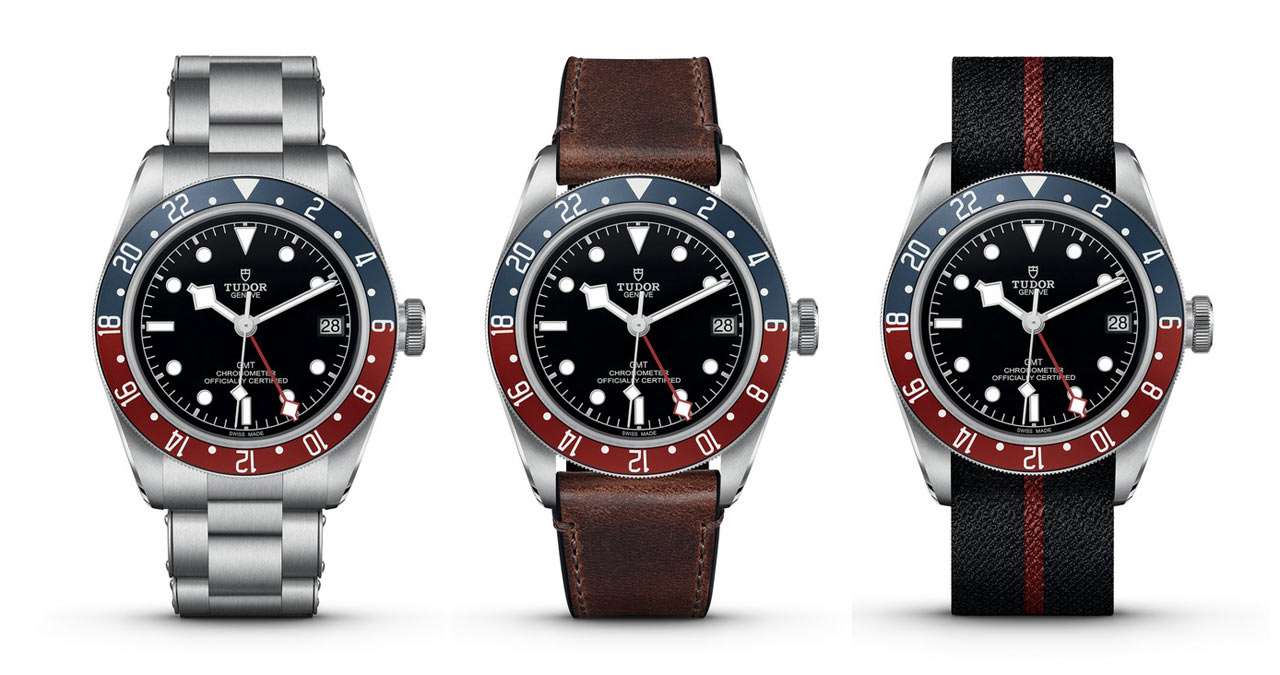 Two additional designs are available: “Terra di Siena” brown leather strap and folding clasp or black fabric strap with a burgundy band made using the Jacquard technique, a traditional method achieved by a 150-year-old family firm from the St-Etienne region of France. 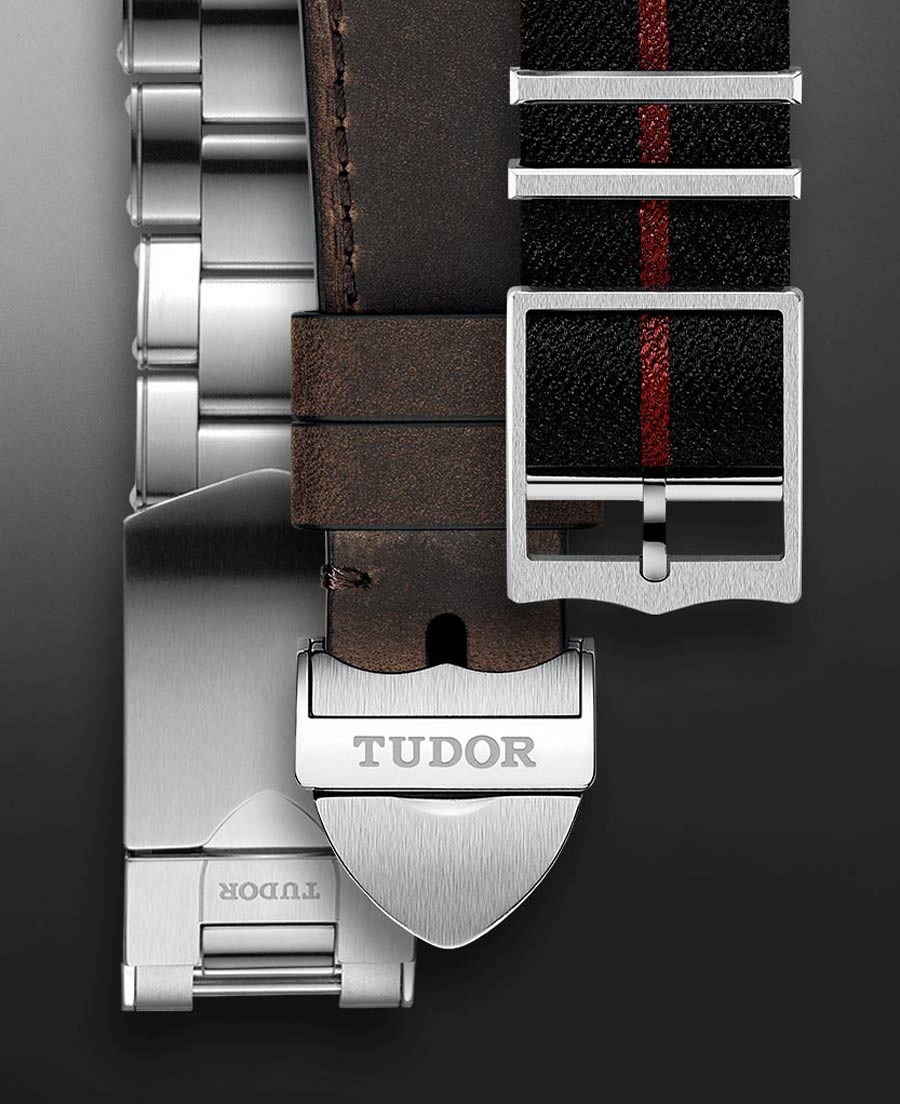 The Tudor Black Bay GMT has a price of Euro 3,410 with strap or Euro 3,710 with metal bracelet. tudorwatch.com